We spoke to the great Dr Joseph Pizzorno ahead of his keynote presentations at our April 9 conference: 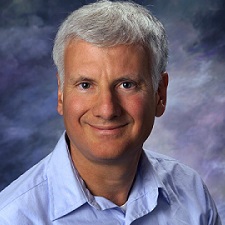 What first sparked your interest in natural medicine?
In 1970 I was working as a researcher in the Department of Rheumatology at the University of Washington Medical School in Seattle. I loved the work and saw helping find solutions for incurable diseases as my career. Then I heard that the woman who married my roommate in college was cured of her juvenile rheumatoid arthritis. As this was an incurable disease, I was quite curious and I found out she had seen a naturopathic doctor.

At the time, I was so involved with conventional medicine research I had no idea there were any practitioners other than MDs. Being quite curious, off I went to ask the ND what he had done for my friend. His response: “I detoxified her liver and taught her how to eat properly.” My response, “What the heck does her liver have to do with her hands and knees being swollen from an autoimmune disease?” So I asked to observe in his office. After seeing patient after patient be cured from “incurable” diseases, I became quite captivated and totally changed the direction of my life. And as it turns out, the lives of many other people.

What were some of the challenges you faced in founding Bastyr University?
I think few people today when natural/integrative medicine is becoming accepted realise how bad it was in 1978 when I founded the then named John Bastyr College of Naturopathic Medicine. It was the dark ages for natural medicine, the AMA had pretty much eliminated the profession…but not quite.

“Miracle” drugs and high-tech interventions the only accepted form of medicine, practitioners not respected, the only media stories were of tragedies, e.g., a child dying of poisoning from eating caster beans from a bush in the backyard, there were less than 500 NDs left in all of North America, and many of the commercially available therapeutic agents were of such poor quality they were essentially inactive.

The regulatory environment was incredibly hostile with only 6 states licensing NDs and it was a felony in 2 states. No new state had licensed NDs in 2 decades, the reverse in fact, as states were progressively eliminating licensing. There was no insurance coverage, practitioner income was not consistent with education and foundations which funded health care research and education were controlled by MD-centric committees. So there were no resources for starting a medical school.

There was only one naturopathic college left in North America. Classes were being taught without pay by NDs (some who travelled as far as 700 miles) just to keep the medicine alive. The most current textbook had been published in the year I was born. There was no route to accreditation.

Practice was almost totally traditional with virtually no application of research. In fact, there was more of a rejection of science, as “Not Scientific” was the bludgeon used by the AMA to destroy the non-MD healing professions. What did we have? As so presciently asserted by the great Dr. John Bastyr, “No matter the barriers, the truth of our medicine will out.”

What would you consider your greatest achievement?
Well, having been a leader in natural/integrative medicine for 4 decades now, the accomplishments have accumulated. The three I think most important were: 1) Coining the term science-based natural medicine when I founded Bastyr. This clearly asserted that science belongs to all professions, not just the MDs. 2) Leading Bastyr to become the first university of natural medicine to achieve government accreditation anywhere in the world. This provided the credible foundation that allowed the profession’s rebirth. 3) Writing with my graduate Michael Murray, ND the Textbook of Natural Medicine. Finally, a modern textbook documenting the science support for natural medicine.

As an internationally-recognised speaker, what do you enjoy most about speaking to an audience?
Presenting modern research that proves that the foundational principles of natural medicine are not only valid, but are the only effective and sustainable solution to the international healthcare crisis.

Dr Pizzorno is our keynote speaker at ‘Detox – the key to healthy ageing’ on 9 April. Places are running out, so we recommend that you book your place as soon as you can to avoid disappointment.